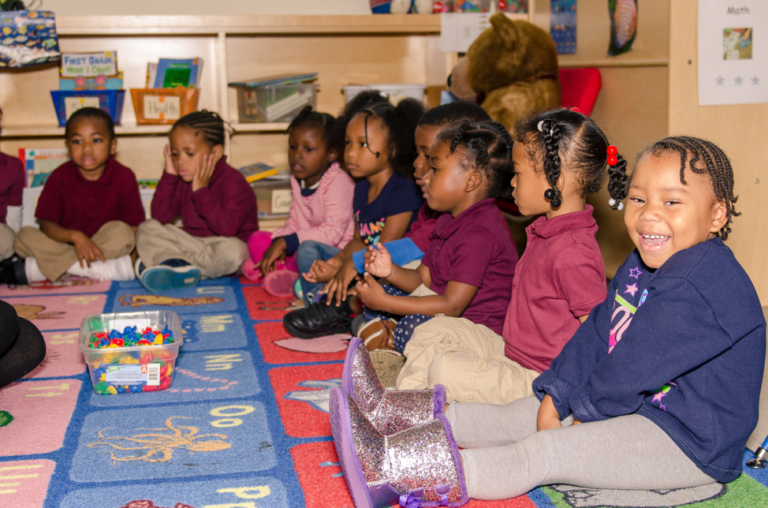 Ripe for Push Out: The Preschool Edition

With suspensions in the United States on the rise, more and more children are vulnerable to being pushed out of school, including preschoolers.[1], [2] Since 2011, the federal government has collected data on public preschool suspension and expulsion and according to new data from the Department of Education, 6,743 children who were enrolled in public pre-K were suspended at least once in the 2013-2014 year [3], [4]. While this number may seem small, early childhood policy and research experts are c 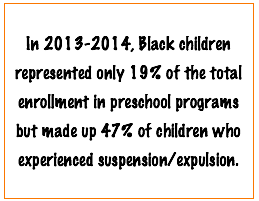 alling attention to the real-life implications that suspensions and expulsions can have on children as individuals, as well as on their schooling experience. For instance, Center for American Progress’s Rasheed Malik suggests that suspending a child who is testing boundaries or becoming disruptive when upset pathologizes common child behavior.[5], [6] Further, removing children from the classroom may impact engagement, and likely cause them to fall behind academically, thus undermining their educational experience and ability to be successful in schools.[7] 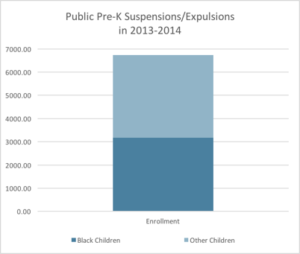 Digging deeper, black boys and black girls make up about half of the suspensions/expulsions facing their gender group, 45% and 54% respectively. 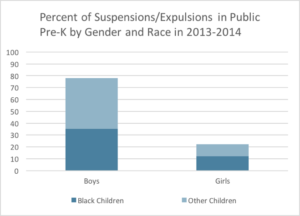 Recent research by Yale University’s Walter Gilliam suggests that implicit bias, attitudes or stereotypes that affect a person’s thoughts and actions in an unconscious manner, may play a role in these disproportionate levels of discipline.[10]. It was found that preschool teachers pay more attention to African American children than white children when they are monitoring behavior.[11]. Interestingly, this was observed in preschool teachers of all races.

Now what? In light of the recent data, many schools and communities may be seeking a new approach to discipline. One way that schools can address this issue within their community is by exploring the role of implicit bias in their day-to-day practices, as well as in their policies. Schools could consider anti-bias education trainings to support their staff in developing a new method of handling conduct and behavior. Another way that schools may adjust their approach to discipline is by taking a trauma-informed approach. Having educators acknowledge how trauma may be a factor in moments when children display inappropriate social or emotional responses and help prevent re-traumatization by providing children an opportunity to learn new skills can be transformative.[12]

Some communities have explored addressing this issue from a policy standpoint; Just this summer, the Denver school board voted to amend their student discipline policies in an effort to “disrupt the school to prison pipeline”. In the past year, legislators in California, Tennessee, Pennsylvania, Maryland, and Texas have introduced and/or passed legislation focused on transforming how preschool students are being disciplined and encouraging schools to consider more restorative measures. In addition to discipline, restorative practices have been noted to also have a positive impact on attendance/absenteeism and academic outcomes.[13]

All and all, when schools and the larger community take the steps to approach discipline differently, it not only meets children where they are developmentally, it better ensures that schools are welcoming and safe spaces for children to grow and develop. Further, these changes better ensure that all children are present and able to gain all the benefits that preschool has to offer them; in the now and in the future. [14]

Digital Learning: Quality Is In The Medium »
« #EquityinECE: Promoting an Equity Agenda in Early Learning