Making it Count: Counting Young Children in the 2020 Census

The United States takes a headcount every 10 years. Since 1790, the country has conducted a census to count every resident with two primary objectives: 1) to reexamine how to divide the 435 seats in the U.S. House of Representatives among the 50 states and 2) to determine how to distribute federal funding through acts like the IDEA (The Individuals with Disabilities Education Act) or health insurance programs like Medicaid.

At the state and local level, census data is used to redraw school districts and to guide community decision-making affecting services like health care, business investment, housing, and education. For instance, information from the census can provide information to a locality about the number of young children living in a community and influence plans for school expansion, or teacher hiring in time for predicted incoming kindergarten classes. Similarly, our team at School Readiness Consulting uses census data to help foundations, districts, and states investing in early care and education understand supply and demand in communities of interest.

Unfortunately, certain population groups are at a higher risk of not being fully counted in the coming census. The most vulnerable population is young children, defined as children under age five. In 2010, young children were undercounted at a higher rate than any other age group. Additionally, higher-than-average undercounts occur depending on a young child’s race, ethnicity, or even where they live (i.e. overly dense urban populations and dispersed rural populations are harder to count and often end up under-represented).

IN THE 201O CENSUS, MORE THAN 2.2 MILLION YOUNG CHILDREN WERE NOT INCLUDED IN THE CENSUS RESULTS. YOUNG BLACK AND HISPANIC CHILDREN ARE DISPROPORTIONATELY AFFECTED, UNDERCOUNTED AT TWICE THE RATE THAN YOUNG WHITE CHILDREN

While the census accuracy for adults has improved over time, the undercount for children under age five continues to get worse.

Factors that can contribute to the undercount of children include circumstances where: 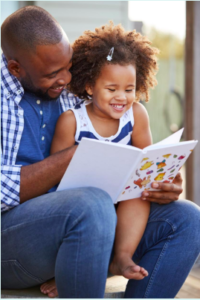 It is also important to acknowledge deep-rooted factors that impact participation overall, such as distrust of the government,. which likely has been exacerbated by the discussion of adding a question on citizenship to the census — an idea that has since been abandoned by the current Administration. Though concerns on privacy are valid given the controversial history of the census, it is important to note that it is illegal for the Census Bureau to release information on individuals and families.

Fortunately, there are steps that every day people can take to increase engagement overall and simultaneously help improve the count of young children. Many communities are forming Complete Count Committees to help create localized, tailored messaging to engage “hard to count” communities. Parents, teachers, and other child and family advocates are encouraged to join existing committees where they can help promote the needs of children and families by creating awareness around completing the census in general, and inform families of the unique impact that the census has on many resources that benefit families and children. Additionally, Count All Kids has developed outreach materials such as handouts and videos that those working with families or young children may distribute. Pediatric healthcare providers, child care centers and home care providers, faith communities, and libraries are just a few examples of who can play a role.

As the number of young children missed in the Census steadily increases decade to decade, the stakes are high. Undercounting has consequences for communities at large, with loss of federal funding earmarked for housing, health care, education, and nutrition. It is important to note that all of these resources greatly impact learning gaps and educational progress of young children. And these funding droughts would endure for at least 10 years—which means children would be denied funding benefits for most of their childhood. So, let’s ensure that all children have the resources they need to thrive. Let’s make 2020 count.