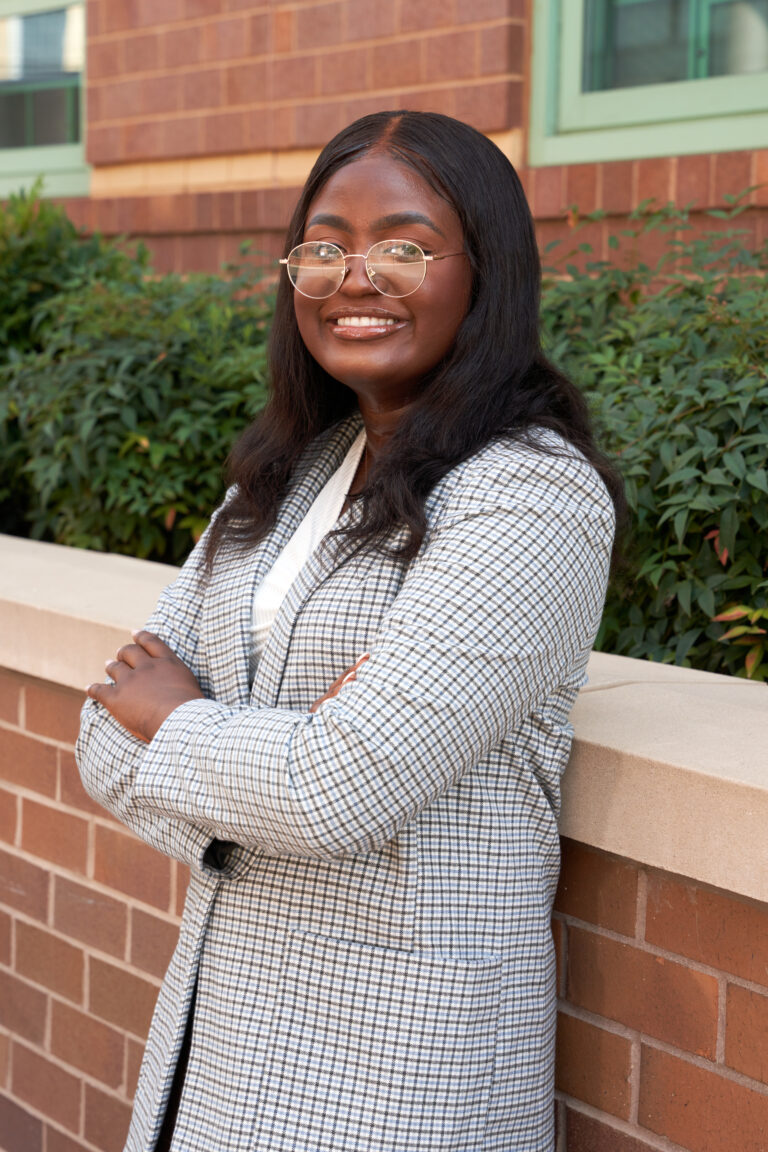 “As a Black immigrant woman from a working-class family, I saw early on in my life that the system was flawed and it was near impossible for families like mine to survive. As a child, I viewed all my actions to catch up with those around me who had race privileges, class, wealth, and gender privileges as another day in life.  It wasn’t until I went to college and realized the lack of equity in the world was unacceptable and what I had considered just living, was active and constant survival. From that point forward, I dedicated my career to ensuring an equitable life for young people and families experiencing marginalization. I honor that dedication by being a part of the SRC team, where the success of children and families facing systemic oppression is a sole priority.”

Ponny  is a creative visionary who finds inspiration in unexpected places and helps the team see future destinations in vivid colors. Her ability to provide a fresh and new perspective is an asset to the communication and design aspect of the projects at SRC.

At SRC, Ponny has been responsible for creating an equity focused review tool that can be used by the SRC team to evaluate findings in published qualitative research documents. She supports various projects by providing demographic analysis of key populations within a specific state/community and coordinating virtual introductory sessions. She is extremely personable and utilizes this skill to effectively connect with different demographics of people, from team members to clients and partners. Ponny’s background in multimedia studies supports a large portion of the work she supports at SRC, from leading social media campaigns to writing, designing, and editing video content for the team.  She supports the Vanguard Strong Start for Kids communications team by offering artistic insight and structural design ideas. Ponny tackles each task at SRC by leading with her lived experiences and knowledge of the systemic inequities children and families of color are burdened with every day.

Ponny White has a B.S. in Political Science and a B.A. in Multimedia Journalism with an emphasis in women’s and gender studies from Minnesota State University Moorhead. During her undergraduate studies, she worked for the Minnesota Democratic Farmer’s Labor Party (DFL) as a campus organizer during the 2018 midterm elections and went on to hold a cabinet position on the Young Women’s Initiative appointed by Governor Tim Walz. Ponny has three years of experience as a reproductive policy advocate and organizer with organizations like Planned Parenthood and Advocates for Youth. She later went on to work as a Women’s Economic Policy Scholar at the Century Foundation, where she focused on child care policy analysis and qualitative policy research. Ponny is a racial justice activist, and a steering committee state rep for Girls for Gender Equity’s National Agenda for Black Girls, working on the federal level to enact policy changes that will ensure the systemic barriers plaguing Black women and girls are eradicated and replaced with policies and systems that uplift them in all aspects of life.